Torn between his loyalty to Caesar and his allegiance to the state, Brutus becomes the tragic hero of the play. He appears on stage only a few times before he's assassinated in the middle of Act 3, Scene 1.

Cassius, on the other hand, does not consider it to be so bad. Brutus' reputation is so great that it will act to convince others who are as yet undecided to join. 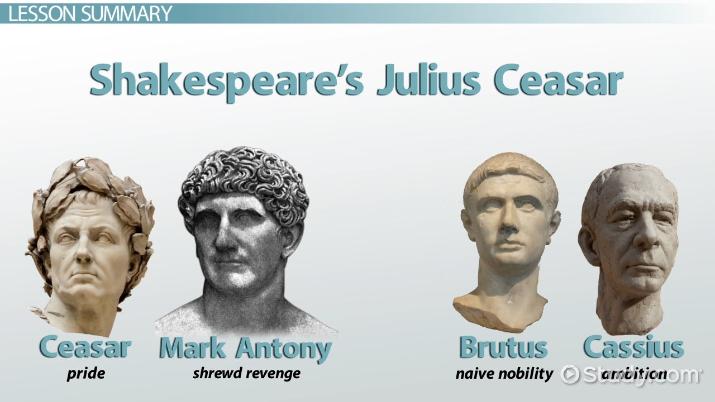 Brutus' character is made even more complex by his unconscious hypocrisy. Clearly pleasure is not the greatest good for him now, as the idea of suicide clearly is not pleasing, yet he does it anyways because he feels remorse for his friend.

The crowd eats it up, of course. In the tent at Sardis, after learning of Portia's death and believing that Cassius is bringing discredit on the republican cause, Brutus becomes most isolated.

It is believed that only the most honourable men of men can contain these emotions, and it is weak and unfit for one to let these emotions control them. Both A Raisin in the Sun and Julius Caesar were written for the stage; therefore their characters become more obvious and more thoroughly portrayed than in a book, for example.

At the beginning of the book, the reader believes that the Julius Caesar is the main character and that the whole book will revolve around him. Yet while Caesar may not be unduly power-hungry, he does possess his share of flaws.